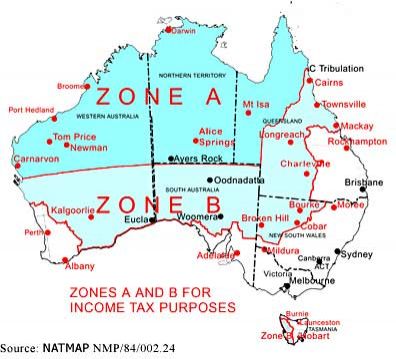 It is hard to fathom that what is now the Zone Tax Offset (ZTO), originally established in 1945, has barely evolved in more than 70 years.

Based on uncongenial climatic conditions, isolation and a relatively high cost of living, the ZTO represented around a third of an individual’s wage in 1945. Today, with the ZTO sitting at just $57 for individuals in Zone B (an area that includes, but is certainly not limited to, Townsville and adjoining regions), the relevance and meaningful assistance element has been all but lost.

Ultimately, it could be scrapped tomorrow and there are very few people who would notice the difference to their hip pocket. Unfortunately, governments of all persuasions have failed to act and the design of the ZTO mechanism has not adequately evolved to reflect varying degrees of demographic, infrastructure and cost-of-living change occurring in Northern Australia.

The good news here is that there is enormous scope and opportunity to revise the Remote Area Tax Concessions and Payments policy to ensure it achieves its true intent. This also  represents an opportunity for Australia as a nation to rediscover the value and importance of regional Australia to our economy as a whole, especially the incredible contributions made by our farmers and other industries concentrated in our regional areas (like mining and other resource sector operations).

In a recent submission to the Productivity Commission Issues Paper on Remote Area Tax Concessions and Payments, we argued that with meaningful change, the system could promote:

The divide between city and country has broadened over the decades and it is now, more than ever, difficult to attract and retain people in Northern Australia.

High cost of living pressures include, but are certainly not limited to, electricity prices due to market monopoly, groceries, insurance, travel such as airfares and fuel, medical care and school fees, especially boarding fees necessary for those living in our most remote regions.

Equality should be key in the policy objectives. Currently taxpayers in Northern Australia pay the same rate of tax but do not receive or have access to the same level of infrastructure and services as our capital city counterparts.

With the right reform, the Remote Area Tax Concessions and Payments policy has a strong role to play in economic decision making for individuals and their families. That can include where to live, levels of education, jobs, business and economic investment in a particular region. Enabling our regions to attract, grow and retain population is a key to the future economic success of the many communities across Northern Australia.

These amounts have not changed since 1993 – arguably it is long past the time at which they should be reviewed to ensure they continue to deliver on their original purpose.

Life in Northern Australia can be challenging with the ‘tyranny of distance’ imposing limited access to essential and emergency services, while often offering inadequate transport infrastructure, fewer educational options and diminished employment opportunities. Access to the full suite of Commonwealth taxpayer-funded services, and to the lifestyle and recreational pursuits that many Australians take for granted, is for many an aspiration, not a reality.

The case to review and expand the existing Remote Area Tax Payments and Concessions is strong.

One need only look at examples like the Alaskan model that has been running for over 40 years to see incentive programs can be highly effective in combating those challenges. The Alaskan Government established the independent Alaska Permanent Fund Corporation to put a portion of Alaska’s oil profits into a permanent fund, whereby a portion of the earnings is sent to every registered Alaskan who has lived in the state for more than a year and is not a convicted felon, regardless of age or income.

This dividend acts as an encouragement mechanism for people to move to Alaska and stay there for extended periods of time. It is a hugely popular policy.

For regional centres like Mackay, Townsville and Cairns to remain competitive and attractive places to do business, more needs to be done in the form of enabling policies.

An example of this could be the attraction of graduates who possess in demand skills to the regions by forgiving their HELP debts, similar to programs already initiated to get medical graduates out in into rural and remote regions.

With a more targeted scope and the potential to explore reasonable alternatives like the Alaskan model, the ZTO policy provides enormous opportunity to help to deliver strong rural and regional economies for the future.