THE BAD, THE GOOD AND THE NECESSARY: AUSTRALIA’S PUBLIC DEBT 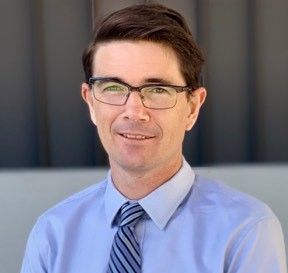 "Over the last 20 years, I reflect that the political view public debt has evolved from it being bad, to some being good to it now being a necessity."

While Commonwealth Government operations are in many ways very different to the operations of our businesses, the need to manage cash flow and finance operations is a shared necessity. The national cash flow challenges highlighted by the recent Federal Budget would give even the most hardened and resilient business owner a sick feeling.

Falling revenues, expectant States and Territories, public expectations of service delivery and investment, ongoing payroll costs, not to mention a pandemic induced recessionary economic environment have combined as real and present threats to our national prosperity.

While there are a range of policy responses available, they all boil down to admittedly simplistic themes of raising additional revenues (increasing taxes), reducing expenditures (cutting services and investment) or increasing public debt (government borrowing) to bridge the broadening gap between receipts and payments.

The recent Federal Budget reflected choices made to increase public debt in order to finance economic stimulatory policy decisions to reduce business and personal tax payments and increase public expenditure. These choices are intended to protect our national prosperity and avoid the risk of the recession turning into a depression (noting that the Australian government was in many ways forced to deal with the Great Depression in the early 1930’s with contractionary fiscal policies of increasing taxes and reducing expenditure due to limited borrowing options).

The recent historic cashflows of the Commonwealth Government, and those forecast over the current forward estimates period, as summarised below.

How does the Commonwealth Government plan on financing the $213 billion cash deficit forecast for the financial year ending 30 June 2021, let alone the total public debt that is forecast to increase from the current level of around $700 billion to over $1.1 trillion by 2024?

Around half of the public debt is funded by Australian resident entities reinvesting in Australia by acquiring these Treasury Bonds (entities like large superannuation funds, banks and other institutional investors). The other half is funded by non-residents like foreign governments, Central Banks, and sovereign wealth funds. Even in the lower interest rate environment, Australian Treasury Bonds are seen as attractive and secure investments.

Treasury Bonds currently on issue have a range of interest rates, from 0.25% to 5.75% and terms to maturity, some maturing as soon as November 2020 and the longest on issue maturing in June 2051. The current weighted average interest rate on our public debt is 2.44%, however this is forecast to drop over the next couple of years to 1.74%. With interest rates falling, despite the staggering increases in the gross value of our public debt, the actual interest cost of that debt is forecast to remain steady at around $17 billion p.a.

Many commentators have reflected that in the current low interest rate environment, compounded by the Commonwealth Government’s AAA credit rating, public debt is relatively affordable. By global standards, Australia also has relatively low levels of public debt (when measured as a % of national GDP).

Over the last 20 years, I reflect that the political view public debt has evolved from it being bad, to some being good to it now being a necessity.

Under the Howard / Costello Government prior to the GFC, there was a focus on avoiding public debt and “living within our means”. Labor Governments have tended to be more accepting of debt being used to sustain expenditures with Liberal Governments up to around 2016 continuing the mantra that public debt was bad.

In late 2016, preparing for the 2017/18 Federal Budget, then Treasurer Scott Morrison moderated that view and argued that some debt was good and some debt was bad – the key differentiator being how the borrowed funds are applied.

The recent Federal Budget continues the evolution of the political view on debt, it now being recognised that in moments of crisis high levels of debt are a necessity (albeit, how those borrowed funds are applied at still of critical importance in maintaining sustainable levels of inter-generational prosperity).