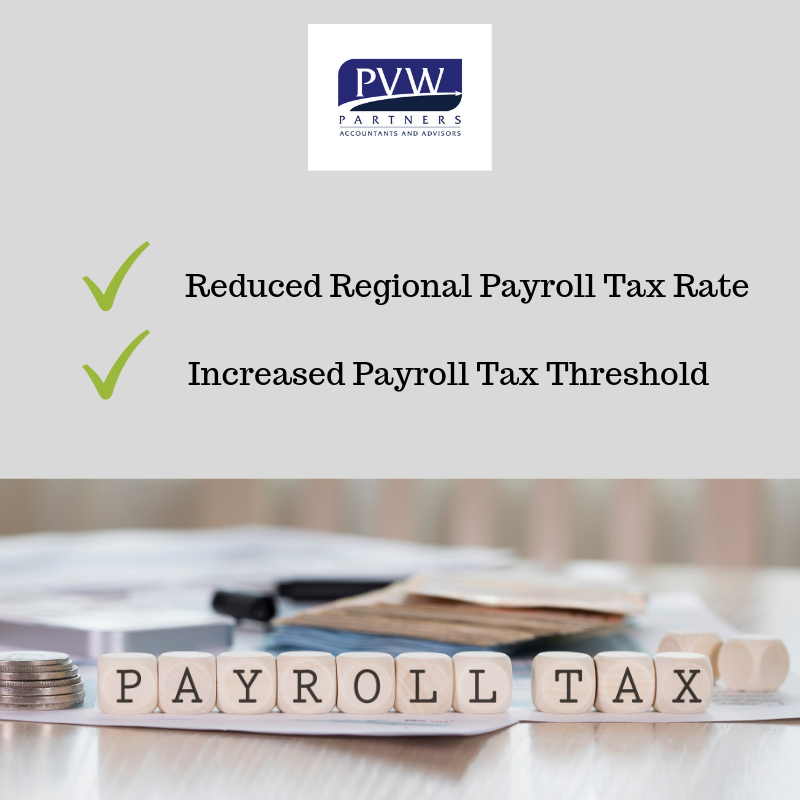 Managing Partner Carl Valentine said the reduced Payroll Tax for regional businesses with a payroll of less than $6.5m from 4.75 per cent to 3.75 per cent* is a positive step in the right direction.

“While it doesn’t go as far as PVW Partners advocated for in a recent submission to the Treasurer which sought a halved Payroll Tax rate for those businesses outside of the South-East corner, the reduction shows the Treasurer has listened to our concerns and taken them on board.

“For far too long Payroll Tax has been hindering the growth of businesses across Queensland, sending a clear message to employers that if they hire additional employees, they will quite literally pay the price.

“PVW Partners is a firm believer that government policy should be about enabling businesses to succeed and employ more people and today’s announcement will go some way to achieving that.”

The Queensland Government also announced the tax-free threshold for all businesses having to pay payroll tax will increase from $1.1 million to $1.3 million.

Mr Valentine said the increase would allow smaller and growing businesses across Queensland to employ additional staff without being punished.

“The Queensland Government estimates the increase in the threshold by $200,000 will see around 1,500 Queensland businesses fall below the threshold and pay no payroll tax,” Mr Valentine said.

“PVW Partners also welcomes the news that those businesses which can obtain the discounted regional Payroll Tax rate will also be able to access other incentives such as the $20,000 Back to Work initiative and the Apprentice and Trainee Payroll Tax rebate which is paid at 50 per cent of apprentice and trainee wages.”