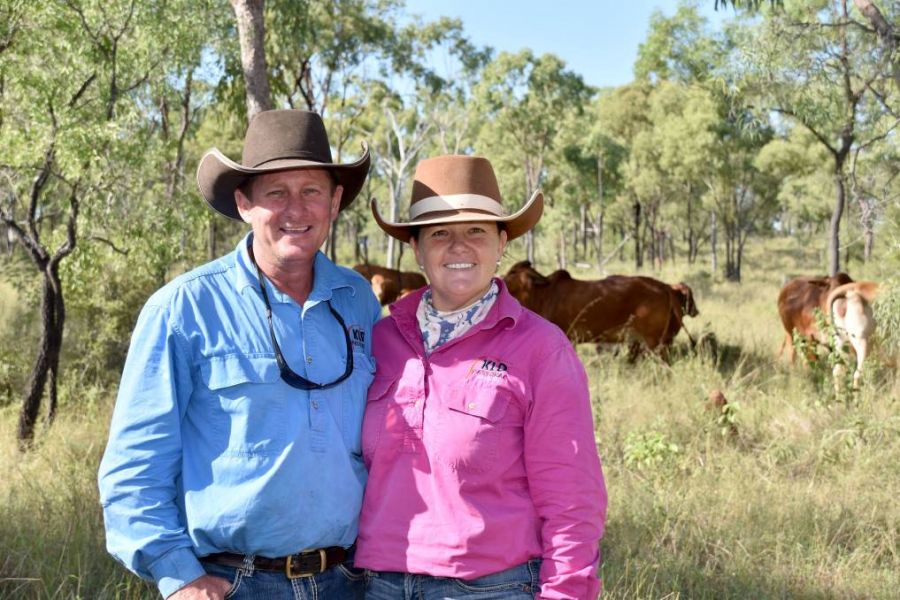 Charters Towers cattle producers have successfully rehabilitated a once patch of degraded country on their property to productive finishing paddocks for their beef operation.

Rather than contour-ripping the paddock in preparation for seeding as originally planned, the graziers opted to step back and let nature rehabilitate the area with rest over the 2021 wet season.

The revised plan for that paddock was part of an action plan for land management developed for the whole property under the Grazing Resilience and Sustainable Solutions program.

The producers, along with nephew Tristan McCaul, fenced off 10 per cent of the 1700ha 'rock hole' paddock to lock cattle out of the area.

Ms Kirkwood said after an average wet season they were astonished to see the area had transformed to established vegetation.

"It was just because we were able to give it a rest. It's fantastic.

"The amount of feed there now in a corner we thought really wasn't useful, is amazing to see."

Coined the 'handy paddock' the area will be duplicated across the property where there is an opportunity to exclude cattle from damaged areas.

With support from the GRASS program, the producers also installed a watering point for the paddock to be used for grazing purposes. It is now the temporary home to 30 heifers and one bull.

"We can lock cattle out when it needs to be rested and put cattle in when it's ready."

The property focus now turned to getting all the paddocks back in top condition, whilst turning off marketable cattle.

Mr Collins said they had already succeeded in lifting an average sale weight from 300kgs to 460kgs, and this year, believed they would reach 480kgs with cattle sent to market between 18 months to two years old.

"They're definitely no older than two teeth, but most of them are milk and two teeth," Mr Collins said.

The property was now rested for at least 50 percent of the year.

"We know what the paddocks will handle and we try to maintain them in good condition," Mr Collins said.

"We aim to have good cover all the time, even at the end of the dry season."

Kirkland Downs was previously utilised as a breeder property, however as the 2010 to 2016 drought deepened, the breeders were sent to agistment pasture in the basalt country.

In 2017, the graziers also had to fight to prevent the property being compulsorily resumed by the Australian Defence Force to expand its Townsville field training area.

The operation was re-evaluated with the pair deciding the property was better suited to finishing cattle; opting to keep their breeders elsewhere.

Mr Nicholls said the degraded area was initially assessed as being in D condition in October 2020 using the land condition assessment tool (LCAT).

A third LCAT survey in April 2022 after the wet season returned a score that put the paddock in B condition.

"The increase in LCAT score is because of the increased ground cover, the predominance of a desirable pasture species (Black speargrass) and the absence of impacts from plant or animal pests," Mr Nicholls said.

"It's a great result and testimony to what can be achieved by giving the land a break."

The program is funded through the Queensland government's Reef Water Quality Program and is delivered by the Department of Agriculture and Fisheries, Burnett Mary Regional Group, Fitzroy Basin Association and NQ Dry Tropics. 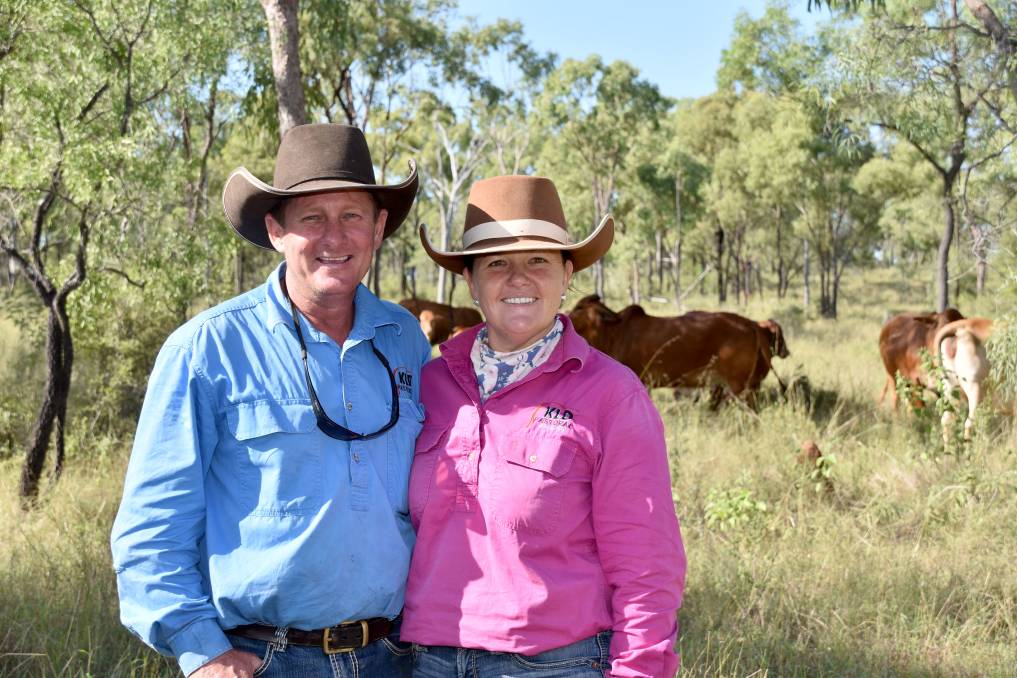 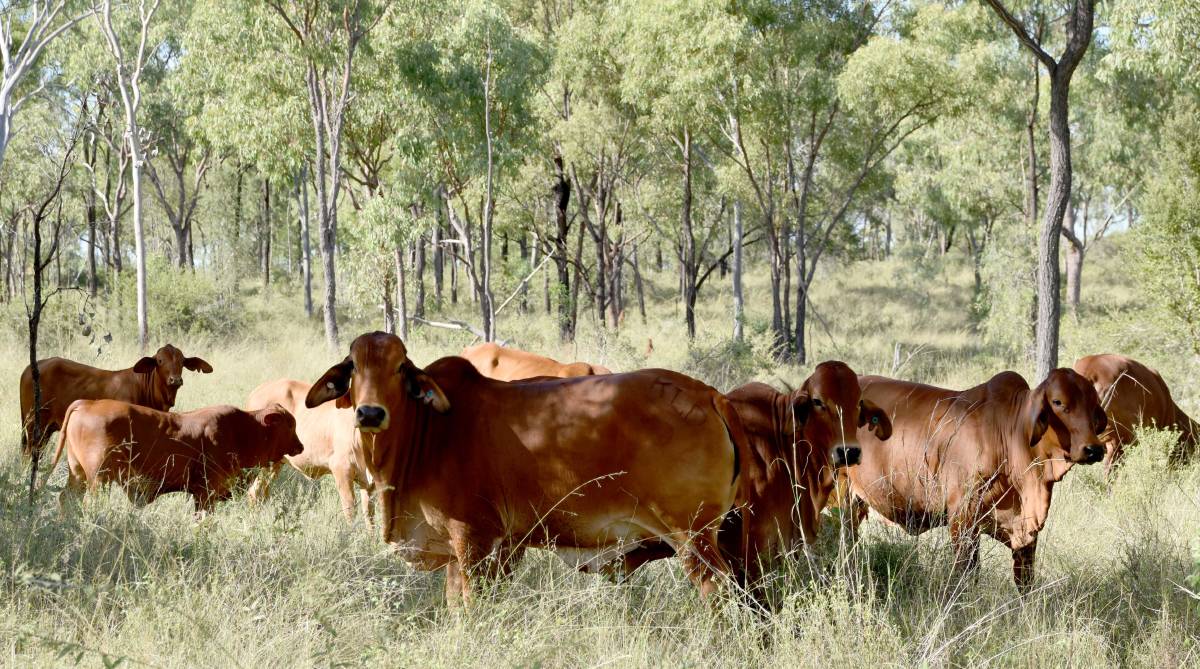 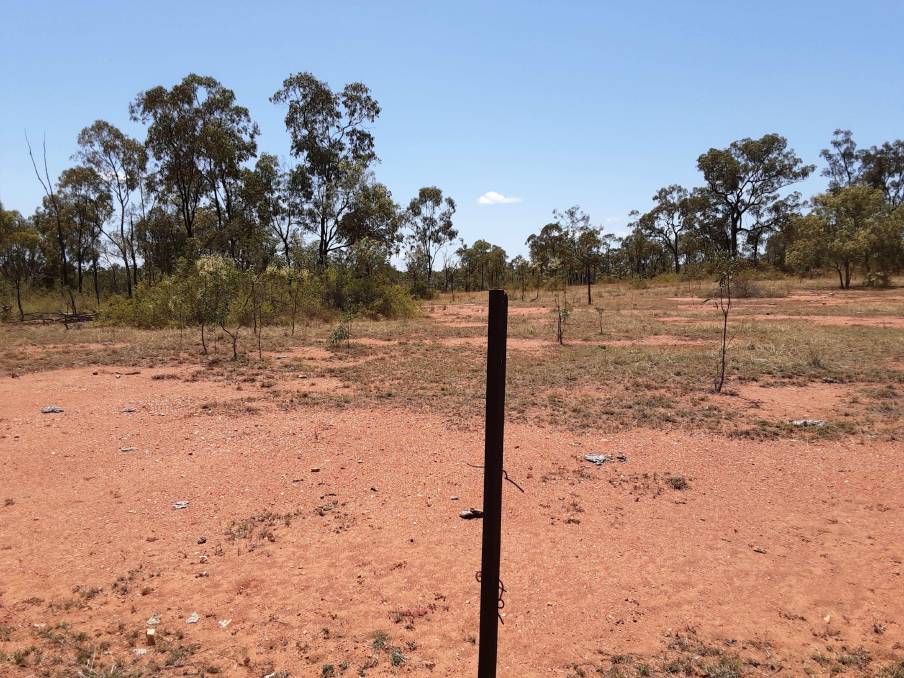